Learn More About the Payoneer Card 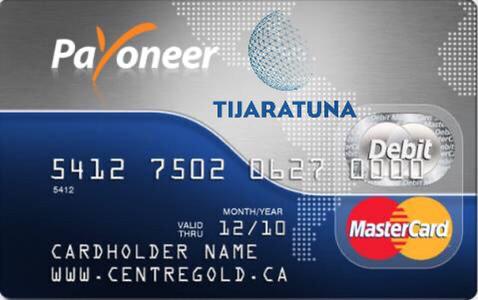 Payoneer is a company specialized in managing funds and providing services in more than 200 countries around the world as well as providing you with a real American bank account registered. You can use the card to carry out withdrawals through one of the automated teller machines (ATMs), or buy from electronic shops.

Payoneer Electronic Bank was established in 2005 and it is a financial services company that provides the facilities to send and receive money from all over the world. Its headquarter is in New York City in the United States and was founded by Yuval Tal, who is its CEO today.

If your work is through the internet, social media, or freelance work and you need a way to collect your money, the Payoneer Card gives you the convenience of collecting your money easily.

Payoneer is one of the best banks because it is supported by worksites like (Upwork – Fiverr- 99designs- Clickbank) and you can receive money on a Payoneer account and then withdraw them through a Payoneer card from any ATM.

Steps to Register with Pioneer Bank

You can register on Payoneer without a bank account, by downloading the Payoneer application on Android smartphones. In case the user does not have a smartphone, the application can be downloaded on his computer.

After downloading the application and installing it on the mobile, the customer enters the data, which consist of the first name and surname , date of birth, e-mail, place of residence, phone number, and zip code of the region that he lives in, then writing the password and choosing the security question and answering it.

The passport or the national number is entered. The password must consist from at least 8 letters.

After completing the registration, an e-mail is sent to the customer to inform them that the registration process has been completed, and after that, they visit technical support to verify the data.

Within three days, their data will be reviewed and the account will be approved at Payoneer Bank, after which the Payoneer Card will be sent to the customer.

What are the benefits of Payoneer?