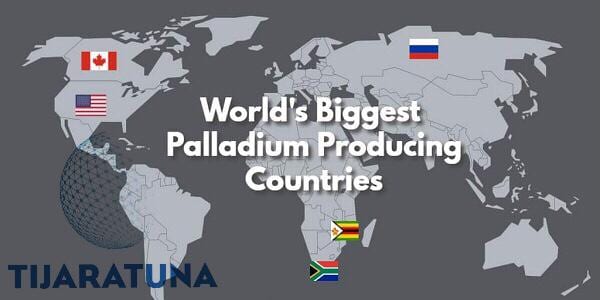 South Africa is the largest producer of platinum in the world, producing more than twice what all other countries produce. There are three main places containing platinum in South Africa, namely: Merensky Reef, Platreef and Upper Group 2 Reef. Platinum mining operations began in Merensky Reef for the first time in 1925. Upper Group 2 Reef started in the 1970s, and it has since become the main source of platinum in South Africa. Mining in Platreef was not carried out widely until 1993.

Russia is the second largest platinum producer in the world. Platinum was first discovered in the Russian Ural Mountains in 1823 and its mining has since begun. The quantities of platinum in the Urals began to decline during the 1920s, but in 1935, nickel deposits containing platinum were found in Siberia. This region has much of the Russia’s reserves of platinum.

Also read: The Most Important Differences Between Gold and Silver

Zimbabwe is the third largest platinum producer in the world. Zimbabwe has three major platinum mines located in a central Zimbabwe region called “Great Dyke”. Platinum mining operations continued for a short period in the twentieth century, then started again from 1966 to 1975, and again in 1994 and still continues until now.

Canada is the fourth largest platinum producer in the world. Platinum was first discovered in Ontario in 1888. The majority of platinum supplies in Canada come from Sudbury Basin in central Ontario. Also from the Raglan mine in Manitoba and Quebec, and Lac Des mine in western Ontario.